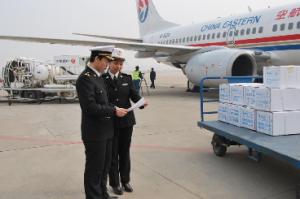 The quality of imported chicken feet is controllable
Brazil and Argentina have been the main source countries of import, as well as the United States, Mexico, Germany and other places of high quality standards for chicken products, after the state administration of quality supervision, inspection and approval of compliance with the requirements, published factory number, allowing access to the domestic market.Our company ACTS as the agent of Brazilian products of grade A and B, and foreign suppliers provide factory number, certificate of origin, certificate of hygiene, and batch number, grade and storage method of imported products.
Chicken feet import declaration and inspection
2. Convenient logistics and transportation to make the import more smooth
The imported chicken feet are generally transported by sea and transported by refrigerated container.The company ACTS as the agent for the import of phoenix claws, which is directly transported from the original place of origin to the southeast coastal port of China and sent to the inspection field designated by the commodity inspection, to conduct centralized supervision, standardize the declaration of all kinds of goods, put on record the import meat consignee in advance, apply for the animal and plant quarantine permit, and submit the Chinese and English labels for examination.
Increase customs clearance and reduce costs at designated ports
As the designated port/designated inspection field is put into operation one after another, the import customs clearance of chicken feet by the hongkong-i customs clearance company can significantly reduce the time cost and logistics cost, and effectively improve the efficiency of customs clearance.As the comprehensive cost of imported meat decreases and meat import enterprises may further increase the volume of imported cargo, the one-stop service for professional meat import of the company will standardize the clearance process

Thank you! Your message has been sent to the following suppliers.